Juniors Reflect on Their Year

Central juniors reflect on their year, and look ahead to Senior year. 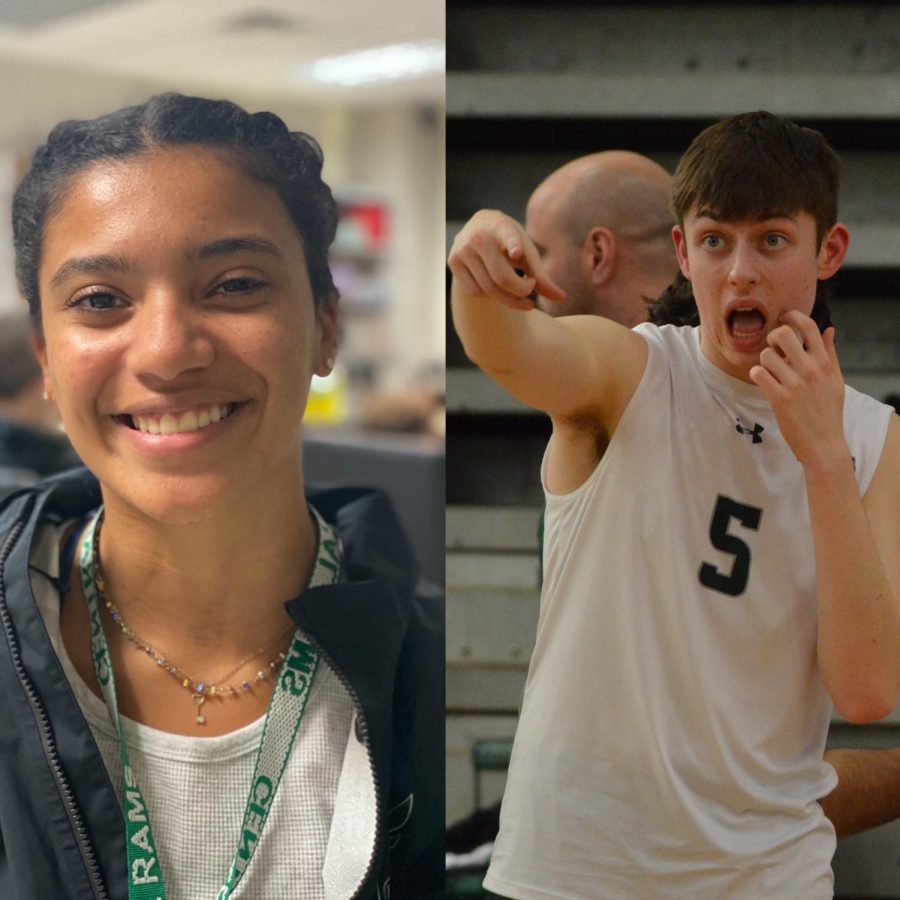 Juniors Bryce Dunigan and Ryan Huntington took a moment to reflect on their year, and both expressed optimism as senior year approaches.

On a breezy October morning in 2018, the Class of 2023 stepped foot into GCHS for the first time as incoming freshmen. There was a dusting of snow on the ground, and a sense of uncertainty and nervousness as students filed into the GCHS field house and took their seats at white, rectangular tables. They were informed that they would be taking the PSAT 8/9, a watered-down version of the SAT, a big, scary test that awaited them in a few years. For some, it was a test with an almost mythical reputation as THE determining factor on their college applications. What a time.

Now, almost four years later, the Class of 2023 is in the midst of their junior year, arguably the most difficult of the four years of high school. With the realization that graduation is right around the corner, pressure to do well on standardized tests, your average grade-related stress, and college applications beginning in just a few months, it’s easy to fall into the trap of worrying, and not feeling ready for senior year.

Despite this, four juniors took a moment to reflect on their junior year, all the trials and tribulations they faced in it, and what they look forward to in future years.

“I think that having [a more normal school year] has helped me academically but at the same time, I feel like I’ve also kind of suffered,” junior Bryce Dunigan explained. “I kind of liked getting into that routine of making my own schedule [during remote learning,] and learning that kind of, like, self-responsibility.”

Dunigan explained specifically how entering the year with a new block schedule affected her performance, explaining that it was a big shift and in many ways hindered her academic progress.

“I feel like the school year has challenged me specifically with the block schedule, I [don’t like that] the periods are 90 minutes long, and I just can’t focus for that long.”

Dunigan has also participated in track and field since her freshman year. She explained that having her freshman outdoor season cut short by the pandemic harmed her performance in the sport, but looked forward to a better spring season.

“My times are much slower than they used to be, and I’m really hard on myself because sophomore year, doing track, I was really good,” Dunigan explained. “But now, I’m not as good because [when we were remote] I had time to work out, and now I don’t.”

Another junior that took a moment to reflect on their year was junior Ryan Huntington. Huntington, who has been playing volleyball for the school since his freshman year, and competitively from a young age, explained that despite not having a freshman season, was able to enjoy a relatively normal sophomore and junior season.

“Well, freshman year we didn’t have a season, so that overall sucked, but [COVID] really hasn’t affected us that much [since], we actually had a really normal season this season so far, knock on wood,” Huntington explained.

Huntington, just like Dunigan, also spoke about the new block schedule, and what it’s meant for his academic situation.

“I feel like block scheduling is actually better, I really enjoy it because it just gives you more time to do homework and more time to schedule things and it’s just a lot easier, especially having [a] Rams Block,” Huntington said. “I feel like this year was somewhat challenging with grades because of block scheduling too, like it’s positive but at the same time, you can forget you have work and just procrastinate more, and I feel like I did that a little bit, but now I’m kind of catching up and leveling out my grades more.”

The past year overall has been one of challenges, but also one of resilience. As the pandemic finally appears to be slowly coming to an end, it’s important to recognize the incredible two years we’ve lived through as a community. From the initial COVID lockdowns in April 2020 to coming back into the halls of our school in January 2021, to finally being all together again this past fall, the number of challenges we’ve faced as a community truly are remarkable, but even more impressive has been how we’ve gotten back up, stronger than ever, ready to face the challenges of the future. As juniors across the country prepare for senior year, it’s important to recognize that after all we’ve been through, it’s about time we return to a normal school year, just in time for our final year on good ol’ 400 Lake.