Day of Silence Is Anything But Quiet

Day of Silence makes a reappearance at GCHS 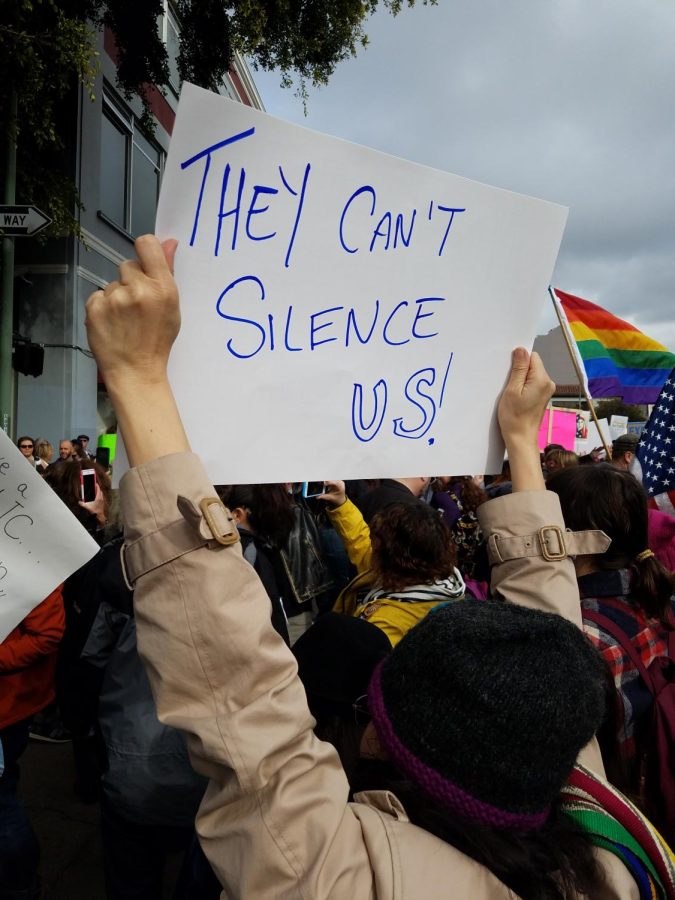 Every April there is a monumental moment in the LGBTQIA+ community that has a far greater meaning than what some may initially assume. Starting in 1996 at the University of Virginia for a class project students Maria Pulzetti and Jessie Gilliam created a nonviolent protest. In which around 150 people joined and in 1997, almost 100 schools joined the cause. The Gay, Lesbian and Straight Education Network (GLSEN) decided that they would sponsor the event, which turned the event into what is now the modern “day of silence”. According to  a survey conducted by GLSEN in 2013, “four out of five LGBT students reported verbal, sexual or physical harassment at school and a third reported missing at least one day of school in the past month out of fear for their personal safety”.

Grayslake Central’s Sexuality and Gender Equality (SAGE) club alongside Sexuality and Gender Allegiance from Grayslake North have a separate Day of Silence but come together for a Night of Noise. The public health institute of metropolitan Chicago says “Night of Noise marks the end of a Day of Silence, wherein students in over 10,000 middle schools, high schools, and universities worldwide take a day-long vow of silence to honor those in the LGBTQ+ community whose voices often go unheard”.  Think about the voices you are not hearing today.  What are you doing to end the silence?

68% of LGBTQ youth reported symptoms of generalized anxiety disorder in the past two weeks, including more than 3 in 4 transgender and nonbinary youth

29% of LGBTQ youth have experienced homelessness, been kicked out, or run away.