The Casey's Gas Station development in Grayslake presents a complex issue for the village community. 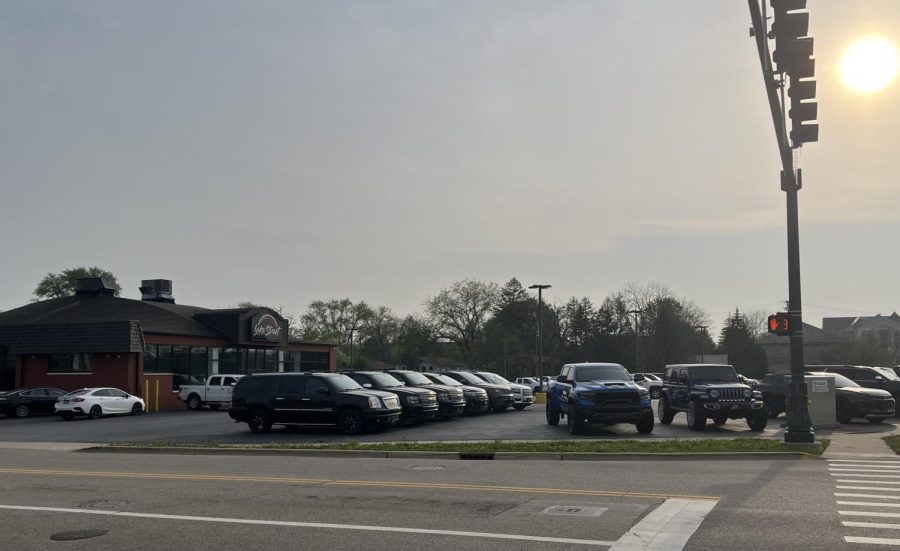 The proposed location for the Casey’s will be on the corner of Lake Street and Route 120, where Lake Street Motors is currently.

On Feb. 15, the Grayslake Village Board approved several special conditions for the Casey’s gas station to adhere to, following the company’s decision to build a new gas station on the corner of Lake Street and Route 120, where Lake Street Motors used car dealership is now. Casey’s Gas Station’s decision to build on this space in Grayslake has been met with opposition, despite Grayslake’s zoning laws allowing this specific property to be bought for retail purposes.

Although the zoning laws allow this kind of business, the development has been widely opposed throughout the village. A Facebook group called “Yes to Grayslake, No to Casey’s Gas Station” has been at the forefront of protesting the gas station. Their bio and mission statement states that “Grayslake residents are saying NO to Casey’s gas station AT THIS SPECIFIC LOCATION next to our Lake and homes.”

Many Grayslake residents have agreed with the views of the page, promoting involvement in local government.
Junior Ava Bruce resides on a street adjacent from the proposed Casey’s site, and mentioned several concerns her and her family had when hearing about the project.

“You can’t turn left out of the gas station, you can only turn right. So people are going to kind of have to turn onto our streets: a residential neighborhood… So it’s dangerous, [and] it poses a lot of danger for the children that live on our streets,” Bruce said.

Despite these concerns, the gas station could possibly have positive effects due to the special considerations decided in the Feb. 15 Board meeting.

Because of this process, the Village Board isn’t making any final decisions about whether or not the Casey’s is allowed to be built, but under what conditions it has to follow because of the special processes aligned with gas stations in particular. This nuance has been recognized by many in the village, and possibly swayed opinion more towards the positive.

“I think they’ve done really good with figuring out how to keep it to not interfere with the daily lives of the residents, like they’re not going to play music. So you’re not going to hear music, even though some gas stations do that. And then, the lights are downturned, it’s going to look nicer, so I think they’ve done a lot to keep it…looking more [residential],” Bruce said.

This case has exemplified the complexities of local government and how putting it under a microscope can help get a better understanding of these processes and how they influence daily life.

“When we look at the information that was out there, perhaps there were a lot of misunderstandings. And so
that’s kind of the angle, is that it wasn’t quite as cut and dry as many people may have thought. Some of the complexities of local government is that we’re not always answering a yes or no question,” Taylor said.