An inside look into "Thelma," Central's very own rock band. 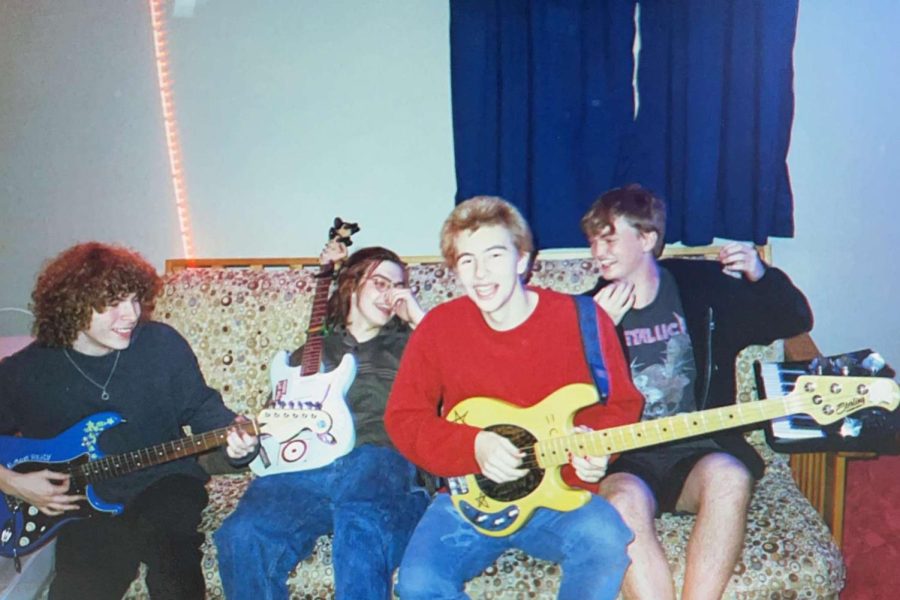 Music’s one of those things that serves as a common interest among many, if not all, average high-schoolers. It’s something that regardless of personal preference or opinions, we all have some level of an affinity for. Some students, however, have more of an affinity for music than others, so much so that they take it upon themselves to create it themselves. Central juniors Tyler Bastek, Brannon Duffin, and Sam King, along with Grayslake North junior Michael Bruce and Carmel junior Hans Lotze, took it upon themselves to do just that. The five created a band called “Thelma,” a creative mixture of indie rock, alternative rock, and “whatever you want to call it,” as Duffin described it.

“It was Michael and I originally, and we were just, playing in his basement… There were several nights where we would just stay up all night writing songs,” Duffin explained. “And we just thought, like, we have two people right now and it’s fun, so why not have more than two people and have even more fun?”

It was at this point that Bruce and Duffin truly committed to the idea of having a collective band.

“At that point, Michael hit up Lotze, and asked if he would like to play with [Michael] and I, and he said yes,” Duffin continued. “I’ll never forget it, we played ‘Man Who Sold the World’ by David Bowie and that was the first song we played, and it just clicked… it was probably one of the best… experiences playing with other people I’ve had.”

Around now, King joined the bunch. Being an experienced guitar player, King and Lotze were able to give the group that “More fun,” that Duffin wanted originally with Bruce.

“And so that’s where Sam comes in because Michael became friends with Sam, and then found out that he plays guitar, and that he’s pretty good, and then we all played together and then it just clicked, and then we’re here now.”

The band’s first and currently only single is titled “Hollow,” and was released on streaming services in early February. As of May 2022, the song has over 6,500 streams on Spotify.

“[I remember] the morning after Hollow dropped, and all of the people [that were] supporting us, and it was really just a dream come true, and it was just cool because it’s a song that I helped work on, and, you know, there’s my guitar playing on that song.”

Overall, Duffin expressed optimism about the goals of the band long-term and the collective vision for the group.

“I’m just looking forward to playing music with people that I enjoy being with and… maybe people can take something from that and, you know, relate whatever we make from our own experiences and relate it to their experiences,” Duffin explained. “I think it’s just awesome that we have such a diverse culmination of tastes, influences, playing styles… it’s really a positive experience and helps you grow especially as a musician and even as a person.”

Duffin excitedly told fans and readers alike to “Stay tuned,” for more on the band.