Debate is jumping into their season after a year of online tournaments and practices. 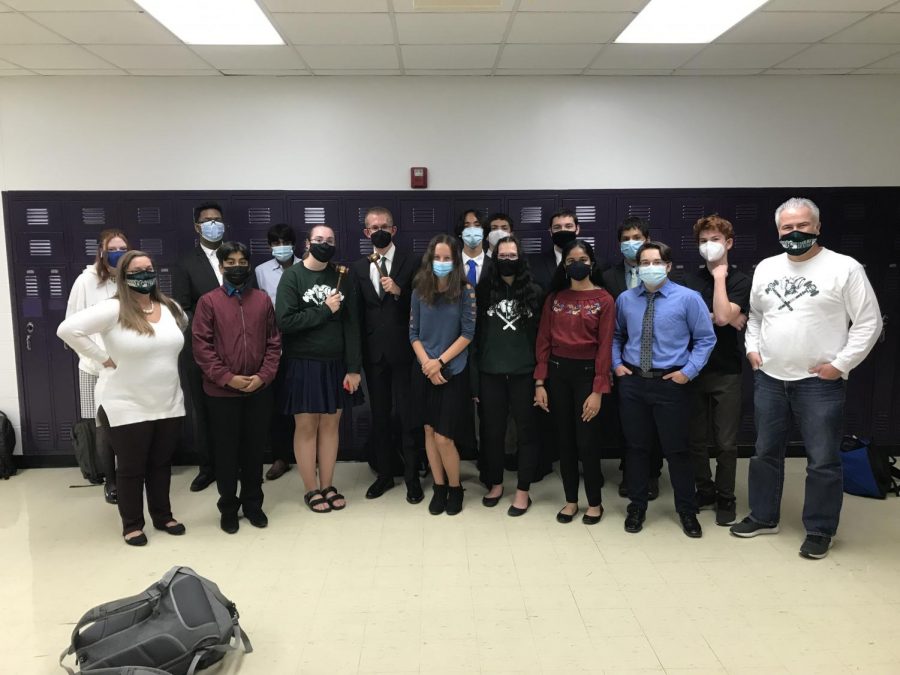 The debate team began their season in August and is progressing through the year successfully thus far in terms of tournaments and building team culture. Compared to last year’s virtual season, the team has been able to create greater connections with each other and to skill building within the club.

“It’s just fun to be with the students again in the debaters and you just learned so much more about each debater when you’re actually there,” head coach Chris D’Amico said.

The team has strengthened its bond through team building events outside of school, allowing the debaters to mingle and build relationships. Additionally, debating in person makes a big difference on the team culture.

“Debating in person makes our team’s dynamic much more cohesive; now that COVID restrictions are looser, we’re able to have small team building events like Feed My Starving Children and quick Culvers runs, and we’re a lot closer for it,” senior co-captain Jacob Park said.

Another addition this year that wasn’t present before is a new assistant coach. Social studies teacher Amber Gibbard  joined the team this year as assistant coach, lending her expertise in current issues to the presented bills. Gibbard previously coached soccer, but was drawn to debate due to its connections to social studies.

“In my last school, I coached soccer for five years, and I really liked being able to get to know kids outside of the classroom. And I also really like the idea of congressional debate because as a social studies teacher, I love the idea of politics and learning how to debate appropriately and express your opinions and have different ideas,” Gibbard said.

Gibbard works in conjunction with D’Amico and the captains: seniors Jacob Park, Abby Lake, and Cabot Postol, to create and debate bills (simulated legislation) both in practice and in tournaments.

“It’s pretty much student lead, which is another positive. We offer suggestions and as coaches-we kind of have a plan of [what] we’d like to accomplish, and then captains will come and … take our big picture vision and then narrow it down to directly communicating with the team which is good- it should be it should be student-run and student-led because it’s their team.” D’Amico said. In these student-led meetings, the team is divided into groups led by one of the captains to discuss the bills and the skills at hand.

Practices ultimately work towards preparing for tournaments, which are day-long debating events against other schools. Although it’s still early in the season, the team has done well with individual placements.

The main goal this year is to provide students with an opportunity to share their abilities and grow as debaters.

“Everybody has a voice and everybody’s voice deserves to be heard. It’s up to you how you want to use your voice, and this club is a really good way to be able to use your voice. We all have good things to say. We will train you in this club how to form a logical argument, and how to respectfully disagree with like the other side of the argument in a respectful way,” D’Amico said.

Debate is still open to new members looking to hone their speaking and debating skills. Weekly meetings occur in room 2315.