Find out about how mods make Beat Saber such a great game and how it keeps its player base involved and active even three years after its release. 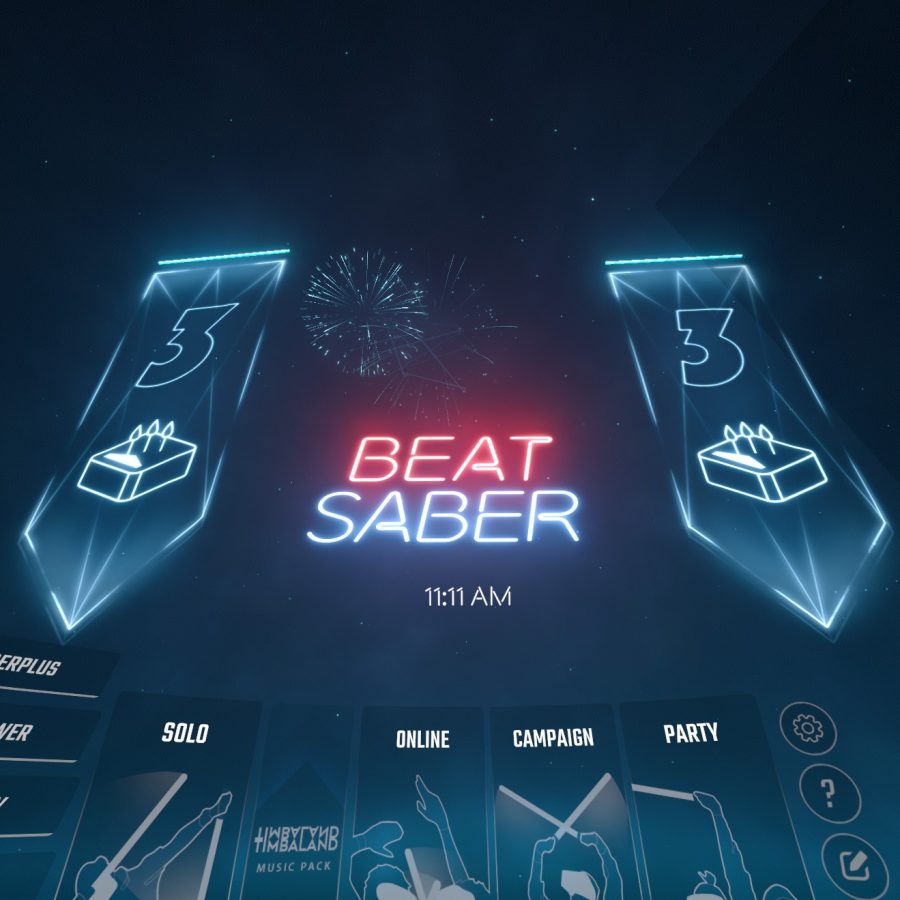 Beat Saber is an extremely popular virtual reality (VR) rhythm game released in 2018. While it may seem extremely simple on the outside, the Beat Saber iceberg goes down way deeper than one may think. From custom songs to mods that change different aspects of the game, to crazy maps that make you play upside down, these key components are what make Beat Saber both an absolute mess and an addicting masterpiece of game design at the same time.

When you first boot up Beat Saber, the game immediately thrusts you into songs that can provide a mediocre experience for newer players. But as time goes on the poor mapping of the songs within the original soundtrack grows tiring leaving players wanting more. That’s where mods come in. The true experience doesn’t even begin until you delve into the world of custom songs and mods that allow you to play the game competitively against players around the world.

To get started with mods, which are files that make modifications to your game, you need to download what’s known as ModAssistant. This will allow you access to all of the necessary mods that you will need. After installing ModAssistant, make sure to install all of the core mods (and any other mods you would like), click install, and the mods will be installed into your Beat Saber client. If you have any questions or doubts, feel free to check the Beat Saber Modding Group

After installing all of the core mods, users will be granted access to arguably one of the most important mods in all of Beat Saber, this being ScoreSaber. ScoreSaber is a portal through which ranking and scoring is kept allowing players to compete around the world for what’s known as PP or performance points. The initial PP that a song gives is determined by the song’s difficulty, the more difficult the song, the higher the potential PP the song will give you.

However, just because you are able to pass a really difficult song, it does not mean that you will be rewarded the full amount of PP, this actual amount is determined by your accuracy. If you pass a song with an 80%, the amount of PP you would receive from that song would be significantly lower than the amount you would receive if you passed the song with a 90%, which is why it’s important to train your accuracy so you can get the highest score possible.

There are–of course–more mods outside of just custom song downloaders and ScoreSaber. Saber Factory allows you to download models created by other users in the community to replace the default sabers. Mods like Camera2 allow you to create custom camera angles to provide a third person view of the game. The NoodleExtensions mod allows users to create crazy custom maps that make notes fly at you from all directions, maps that make you play upside down; the possibilities are endless.

For those who maybe aren’t able to afford a VR headset (because it is a rather expensive investment), or for those who just aren’t quite interested in actually playing the game, but still want to engage within the Beat Saber community, mapping your own custom songs is the way to go. However, with mapping a song comes with a lot of responsibilities, not only are you now entrusted with creating a map that follows the rules laid out by the Beat Saber Modding Group (BSMG), but also with creating a map that is comfortable and fun to play. Most of this stems from what’s known as parity.

Parity is a concept created by the Beat Saber community that provides a strict set of rules for when creating a map that allows players to play a map with flow that doesn’t cause any awkward moments that could harm the player. The concept is extremely simple, if a player swings down with their right arm, the next logical move for them to make is to swing up with their right arm when the next note appears. While extremely simple in principle, it can prove difficult for new mappers as it’s very easy to create accidental parity breaks such as double downs.This is why it’s extremely important to always have someone play test your map in order to ensure that there’s no parity breaks or awkward movements. For more information on how to get started with mapping, please visit the BSMG wiki here to get started with basic mapping practices.

Beat Saber is an absolutely riveting and addicting game right from the get-go, the fun and satisfying songs combined with the drive to compete for first place is what keeps people enthralled in the game for years to come.