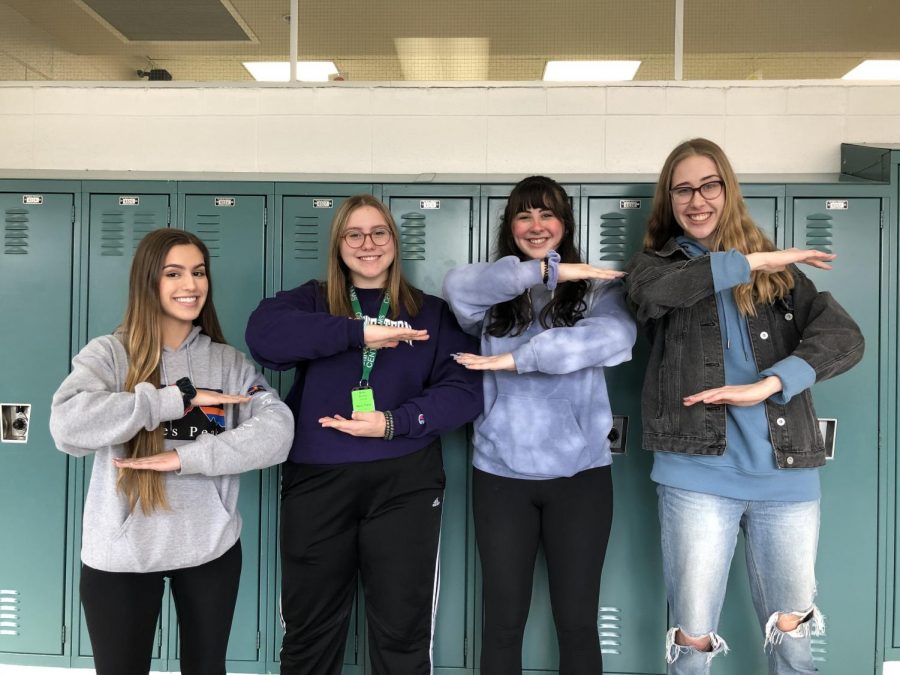 Women’s History Month (WHM) takes place every year during March and acknowledges women in history by pointing out the amazing accomplishments that women have achieved. Many find this important to celebrate this because women have come a long way to where they are in society today and have their voices heard and their achievements recognized.

This annual celebration first started as a week in March of 1982, and later, Congress officially marked the month of March as Women’s History Month in 1987.

Within this month, people throughout the country usually hold events in places like museums and schools to honor women throughout our history.

The Lake County Women’s Coalition (LCWC), according to their website, “is an alliance of business, professional and civic women’s organizations in Lake County, Illinois” and celebrates WHM every year. On March 7, they hosted a spring brunch to celebrate WHM 100 years after the ratification of 19th amendment as well as 25 years of LCWC. Honorees were present for their wonderful work as a woman within the Lake County area, including Lake County Treasurer Holly Kim as the keynote speaker.

Chairwoman of LCWC Jean Peterson says that, “Women’s History Month has done a wonderful job of documenting women’s history and providing educational materials so that what we teach our children is a complete history, rather than a history that is written from a male perspective. When I was growing up, most of our history was told from a male and Eurocentric perspective. It did not include the accomplishments and voices of women or people of color. The WHM includes women from all ethic and cultural backgrounds.”

WHM is not only significant to people’s knowledge, but appreciate the hardships that women had to go through in the past to what women have today and empower mothers, sisters, and daughters.

Free speech activist Mary Beth Tinker, as a 13 year old was suspended for wearing a black armband to school as a representation to oppose the Vietnam War. Her parents took action and had the case in the Supreme Court and won in 1969. She now travels around the country to talk to young people and about their rights.

When asked of how women empowerment relates to WHM, Tinker says, “Women are famous for their nurturing qualities and for caring about others. I think it has to do with caring for each other caring for the earth, being kinder to outsiders and all its creatures. It’s really good to see so many girls around the country and all around the world are in the lead when it comes to protecting the environment, trying to solve the problem of climate change, equality, gun violence, so many things that have to do with caring.”

When describing how important WHM is to her, English teacher Kendall Miller says, “When I think about things that the strong women have done, or even how this month is celebrated, it gives me hope for [my daughters] that they’re going to have the same opportunities as everyone else and that they’re going to be able to choose a future that is not only something that makes them happy but something that makes them feel empowered.”

Early years of the U.S: 1600s – Women did not have many rights. They were owned by male figures in their life, had no right to own property and had no right over their children if divorced.
Women’s Suffrage 1920 – “Elizabeth Cady Stanton, Susan B. Anthony, Lucy Burns and Alice Paul, they all were suffragists during the women’s national convention. They were the ones that sat down, met with Congressmen, and pushed for women’s right to vote in the 19th amendment,” says U.S. history teacher, Haley Wickstrom.
Women in the workforce: later 1920s – Women began to join the workforce as secretaries and factories. “It was also during this time that social work as a profession (such as Jane Addams’s work) came into being and were primary in working with immigrants and advocating for the rights of children,” says Peterson.


Rosa Parks: 1955 – “Rosa Parks in the women’s rights movement, wrote the story of the woman who wouldn’t give up her seat on the bus, but she was a non violent protester and really participated for equality among African Americans,” says Wickstrom.
Feminism during the 1960s and 1970s – “The second wave of feminism came to the forefront in the 1960s…The use of Ms. rather than Mrs. or Miss was adopted… This was also the time when women started demanding control over their own bodies and in 1973, Roe vs. Wade was decided in the Supreme Court,” says Peterson.
‘Me too.’ Movement: 2006- This movement started to shed light on the issues that not only all women, but also men face from sexual harassment and assault and that nobody shouldn’t put up with that.