Cheer moves into new competition season with a seniors last feelings about it. 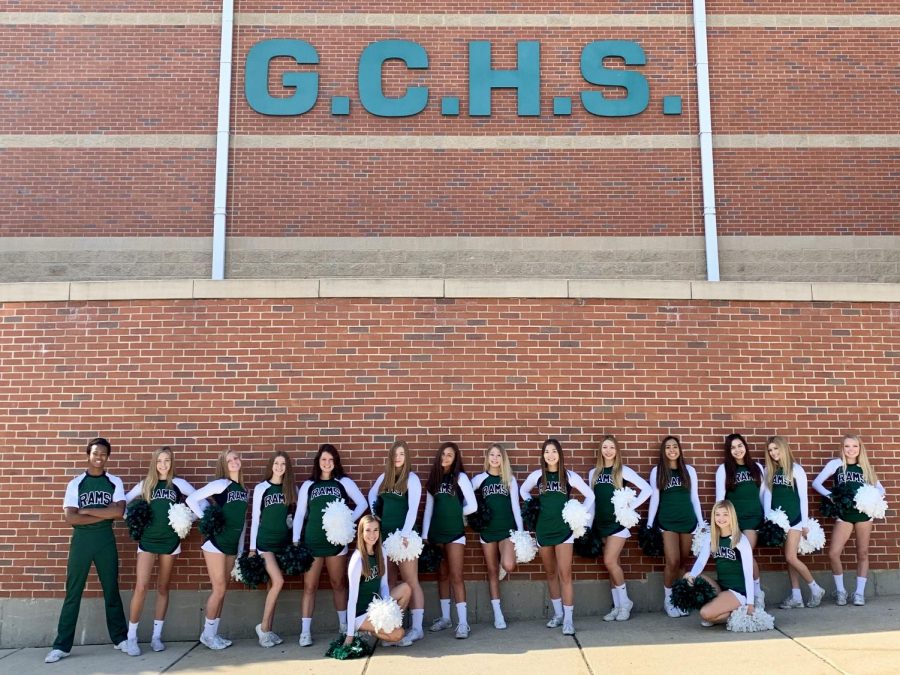 “Coming off of a state championship, we certainly feel the pressure, but we can’t let that get in the way of knowing that it takes hard work to win,” states varsity assistant coach, Stacy Custodio.

With the team’s first competition coming up on Dec. 15, the team is practicing nonstop.

“During competition season practices, we spend time working elements of our competition routine, building endurance and perfecting the execution of skills, which leads to what we call full- outs. Full-outs are when the athletes perform the competition routine with all skills – tumbling, stunts, jumps, perfect motions, loud voices, and showmanship,” explained Custodio.

The team even starts conditioning during summer for competition season.

With there being six seniors on the team ending their high school cheer careers, one in particular, Melanie Madjarov states, “I’m very excited for this season, and since, I’m a senior it will be my last time, so I’m very excited to make my very last memories on the team and see where the next season takes us.”

Being on the cheer team for four years has also greatly impacted Madjarov. “I’ve improved drastically. Definitely skill-wise, I’ve become more adapted to what the program needs and each year our skillset gets higher, but I’ve also just become more confident in myself, and I’ve learned a lot through the program about myself as well.”

With Madjarov ending her high school career on the team, she is trying her best to finish out this season to the best of her ability. “If I could win another state championship, that would obviously be amazing. I think any team would want that, but at the end of the day, I’ve created a lot of friendships and grew along with my team and just made a lot of fun memories, and to me that’s what it’s about. So even if competitions don’t go as planned, I can still look back on my seasons all throughout high school and see that it was successful.”