Are there any new competitions this year?

“This year we decided to try a new competition which will be held in Wheaton, IL. Not only will we be competing against newer faces, but it is also held on an earlier date, so we have more time to perfect our routines for the later competitions.” said varsity coach Daniela Ziegler.
What is the process of transitioning from sideline season to competition season?

“Transitioning from sideline to competition season tends to be more serious because we start really investing in our competition routines. Our goal is to improve our routines with each competition that we attend, by listening to the feedback from the judging panel.” said Ziegler.

What are you hoping to get out of this year’s season?

“Once we officially start our competition season, Coach Bevente and I will sit down with our teams and set goals for the season. It is very important for the girls not to get distracted by watching other teams, and to stay focused on accomplishing the goals we have set together. 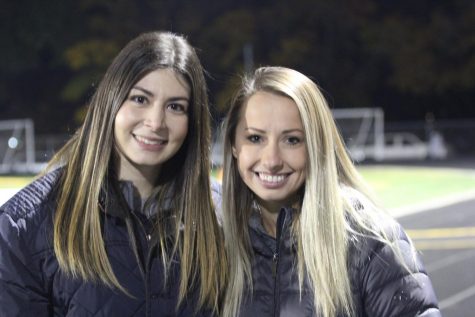