Bhalla goes to state for the second year in a row 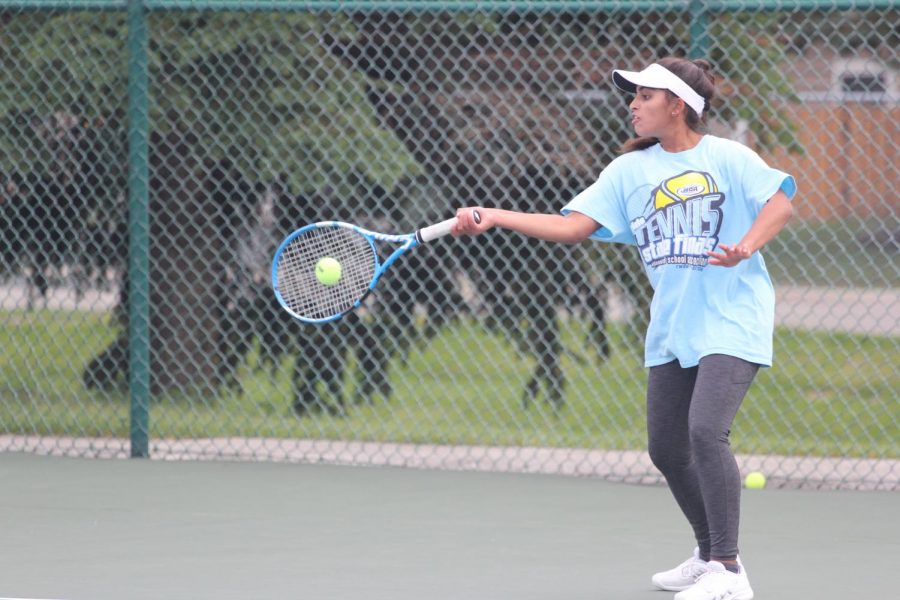 Karishma Bhalla working hard to prepare for the state tournment.

The tournament began on Thursday, Oct. 24 at Palatine High School where Bhalla won her first two matches. She lost to the singles player from Providence Catholic High School in her third match, which sent her to the backdraw bracket.

In order to qualify for the state tournament for the second year in a row, on Saturday Oct. 19, Karishma Bhalla placed fourth in the sectionals tournament hosted by Antioch.

With Lawson guiding them through practices, the girls showed strong effort and hard work through obstacles, such as the weather.

“If the weather is decent and the girls are out here we work hard,” Lawson stated.

Many of the girls set personal goals to accomplish throughout the season.

Bhalla makes it clear what most players have as their goal, “state is the main goal for every player…My goal is obviously state.”

“I was able to do better than I did last year, which I find to be a great improvement!” – Karishma Bhalla