Debate argues the season away 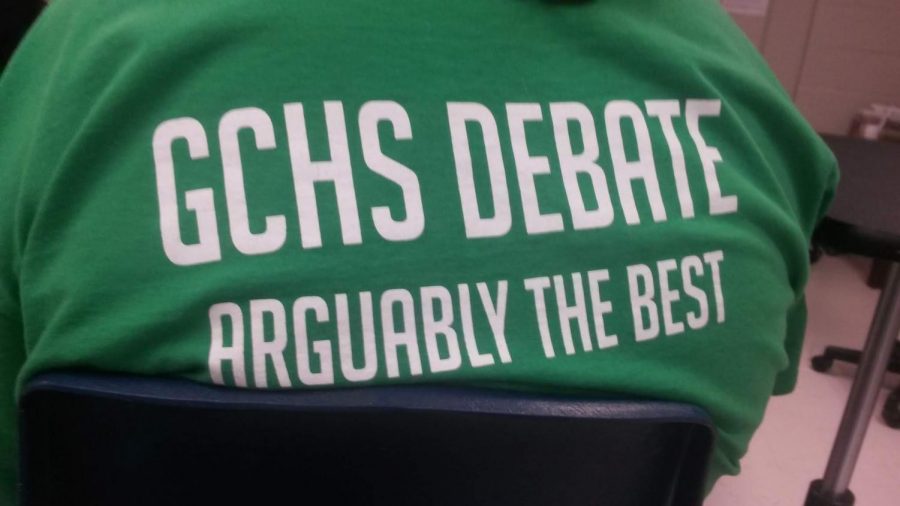 To cap off the debate season, the debate team competed in an Illinois Congressional Debate Association (ICDA) tournament of the season at Harper College in Palatine on Feb 23. This year, the debate team got the honor of winning nine gavels and two best presiding officer according to debate coach Christopher D’Amico.

The first competition was at Hersey High School in January. Facing large debate teams from other schools, the GCHS team only has 20-25 students on the team but keeps planning to grow. Central had always been entered as a small school for having less than ten members, but now, they are able to be competing as a big school. In a large school, the top eight debaters are scored. While in a small school, the top two debaters are scored. They won 11th place out of 20 schools but, says D’Amico, if it were a small team competition, they would have won a higher place. The presiding officer (PO) take charge of rooms where the debate is happening.. A PO is elected by the students in the team. At tournaments, if you are elected as a PO, you can win a gavel, which is a way to get remembered in the future.

Every few meetings of practice, the debaters write a bill. A bill is a document that can propose a change. The debaters have to be for or against. and they have to have detailed evidence. They only had four weeks to write and edit the bill. Each bill would fall under one of three categories, economical, foreign affairs, and public welfare.

“To win a gavel you have to be in charge of the room and get elected to the position called presiding officer…usually, there is 5 or 6 or more,” said debate coach D’Amico.

Debate changed how the students worked on their public speaking skills that they need to help them for the rest of their high school career and in life.

“Some of the main skills would probably be… public speaking, speaking in front of a crowd.  In a competition, you are speaking in front of other schools pretty much like Congress… I think another good skill you learn is to learn about the world around you, how everything works.” said senior Andrew Maurice.

People have their own opinions about what debate, but it’s more than what people think according to D’Amico. Debate makes an impact on people with the way people are communicating with others.

“People think about it as just two people arguing, but it’s not it’s giving a speech organizing your thoughts in a logical way with evidence and being ready to answer questions with others…you learn to have an intelligent conversation….if we disagree, how do we have a civilized conversation?” said D’Amico.