Senior Assassins Go For The Kill

Tradition for every senior class "Senior Assassin" began at GCHS and rampage got insight on some of the seniors participating. 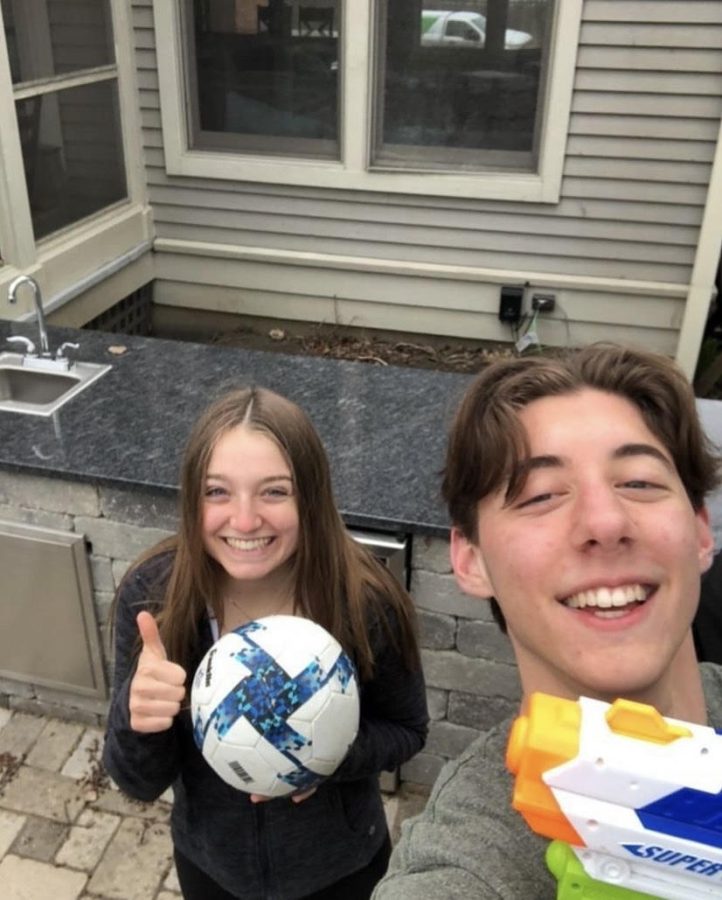 As a long-awaited tradition near the end of every school year begins, GCHS seniors get their water guns and prepare to win a cash prize for a great time-honored tradition, senior assassin. The senior class is excited to be able to participate in this tradition, and get the feeling of going back to a more normal way of life. The prize pool this year is $550 and the seniors are in it to win it.

Senior Monica Schleg, who organized this year’s senior assassin, is dealing with a lot on her plate. “The difficulty I’ve dealt with the most is just the competitive nature of the game, oftentimes hits are accompanied with people trying to appeal to it,” Schleg explained. “It is hard to make a decision when both parties are arguing for different rulings and telling their perspective of what happened.”

Schleg felt that she had to take responsibility and step up to run the game, proudly explaining that “I stepped up to run the game because I truly wanted everyone to have a fun senior assassin. I saw that North had started their game already, so I decided to start the game as I wanted this tradition to continue.”

Senior Juan Ponce, one of the top assassins currently in the game, explained that “I think senior assassin is a fun game for the seniors. And with the prize at the end of the game this is like real life warzone.” Ponce also explained that he “Does not have any crazy strategies, I just don’t trust anyone right now, only my homies that didn’t sign up.”

One of Ponce’s more impressive assassinations was on fellow senior Kiara Schmitt. “I waited outside her house laying on the ground for like an hour and I got her right when she got out of her car,” Ponce proudly recalled.

One more unfortunate senior, Alex Restrepo, was one of the earlier round exits after he was assassinated only after 3 days. Restrepo explained that, “Senior assassin was fun even though I got out in the early rounds, I still had fun hiding around and plotting.” Restrepo was making other assassins nervous because he started making a list of who had who, and joyfully expressed that he “Would try to find out who everyone had and it made it easier for me and got me alliances.”

He was always unlucky on getting his target, explaining that “While my target was trying to get into her house to get her backpack, I stood in my target’s driveway which caused her not to be able to get out,” Restrepo remarked. “So with that she went to school with no backpack, and her mom had to drive it to her. I felt bad at the moment but it was funny nonetheless.”

Through all the trials and tribulations of Senior Assassin so far, from Schleg’s planning, Ponce’s consistency, and Restrepo’s effort, Senior Assassin 2022 looks to be a good time for all, and with that, may the best win.