An in-depth review of the highest grossing movie of 2021 and what makes it so amazing. 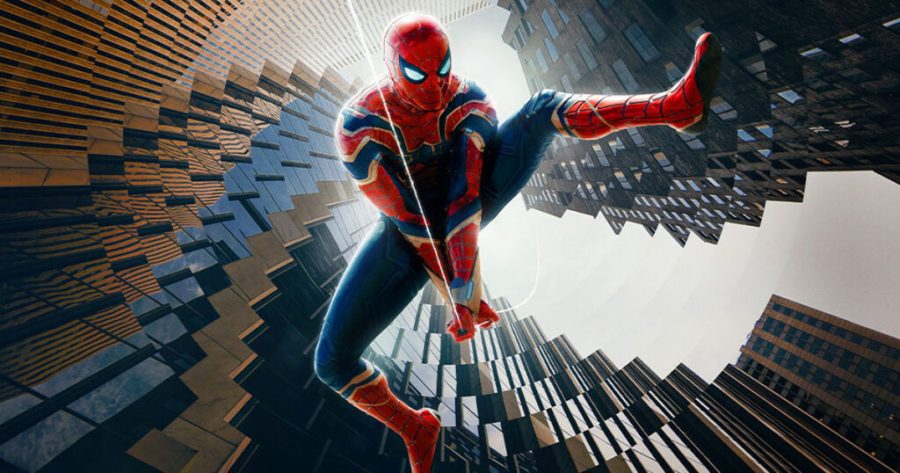 On Dec. 17, 2021, ‘Spiderman: No Way Home’ was released in the U.S with critical acclaim for its spectacular story, character development, and the many surprises that shocked fans of all generations. The lead-up to the film featured multiple rumors that kept audiences anticipating and setting their expectations as high as Marvel’s highest-grossing film of all time, ‘Avengers: Endgame.’ This film could have let many people down due to the hype that surrounded it, but fortunately, it succeeded in becoming a global hit and satisfied many with the conclusion of the MCU’s Spider-man trilogy.

Although in my opinion, I have never been a fan of the route that Tom Holland’s previous two solo movies, with ‘Spider-man: Homecoming’ and especially ‘Spider-man: Far From Home,” I have found a charm within the latest outing of this incarnation of Spider-Man and the complexity and heart of Peter Parker. In order to create a Spider-man story that encapsulates who and what the character stands for, there must a common element each time: The sense of responsibility. In all previous incarnations from Tobey Maguire to Andrew Garfield, no matter how good or bad the film was, there have always been serious stakes that weigh down on their character as if Peter Parker is always carrying the world on his shoulders. Whether it’s being late to his girlfriend’s play or making the life-or-death decisions. This is what defines the character of Spider-Man.

This movie achieves each quintessential element of the web-heads character. Following the events of ‘Spider-man: Far From Home,’ Peter Parker’s identity is revealed to the public, leading to struggles to get accepted into college and with his girlfriend MJ and best friend Ned Leeds. This is when Peter visits one of the most powerful sorcerers, Doctor Strange, to ask to erase the memories of all who know his secret identity. This leads to Strange performing a spell that gets messed up and brings back familiar villains and heroes of previous eras.

Peter Parker goes through hell during this movie, not just physically, but emotionally, displayed brilliantly by Tom Holland’s acting. There are scenes in this film where it takes shockingly dark routes which move away from Marvel’s usual formulaic — and sometimes repetitive — story beats. This is all done perfectly and it progresses the story and its characters properly. The biggest twist in the movie came in the form when  — SPOILERS INCOMING — Tobey Maguire’s and Andrew Garfield’s Spider-Men appeared. Fan’s were roaring at the sight of all three Spider-Men sharing the big screen, creating a connection between all generations of kids and adults who enjoyed their era of this character. I personally smiled with joy seeing my favorite Spider-Man (Maguire) come back after 19 years. The best part was that their inclusion wasn’t just “fan service” to feed into one another’s nostalgia but was used by Tom Holland’s Peter Parker to grow. The death of Aunt May was heart-aching with her last words being, “with great power, must always come great responsibilities,” leading the audience to witness this unique origin story to this Peter Parker. Every moment in this film is created with care and passion and it shows, especially when Andrew Garfield’s Peter saves MJ after being traumatized after he couldn’t save the love of his life, Gwen. Giving his character closure and redemption without being forced was an amazing sight. The only reason I would not give this movie a perfect 10 is because of one critique. In my personal opinion, the CGI used in the film can look a tad bit jarring as if it came out of a videogame. It took away from some of the action scenes because of some of the clunkiness. Yes, this may be a small nitpick but looking at the beautiful CGI used in ‘The Amazing Spiderman 2’ that was created almost eight years ago then one would understand where I’m coming from. However, that is my only problem with this film. By the end of the film, Peter (Tom Holland) felt like he was Spider-Man, not a kid in Iron Man’s shadow, or a kid at all, he felt like he was carrying the responsibilities that all who carry the “Spider-Man” mantle must-have. Because of this, I give ‘Spider-Man: No Way Home” a sensational 9.5/10.