The 2020 general election has been full of unprecedented and record breaking results. 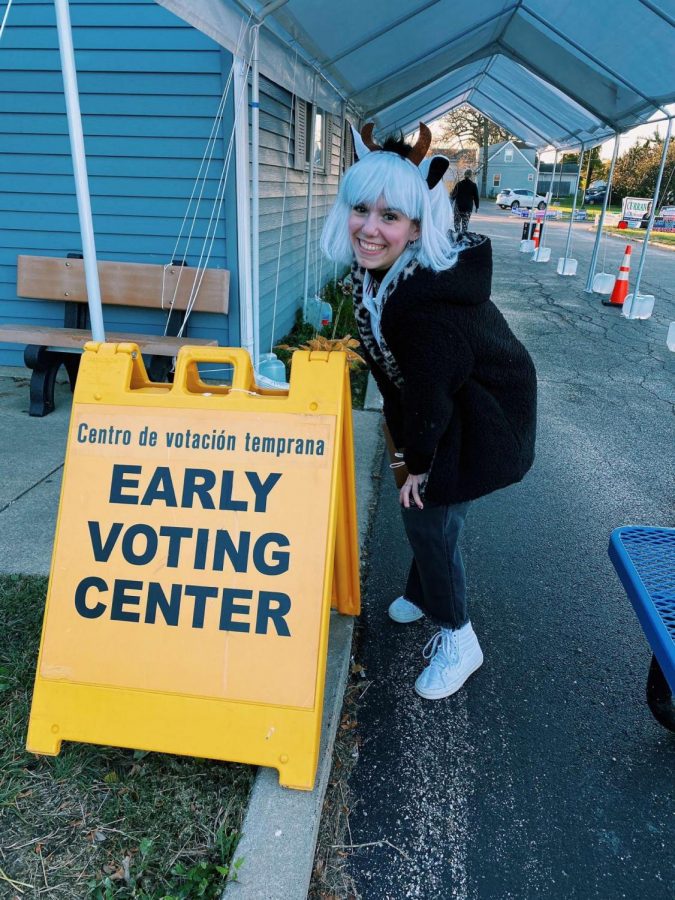 Joseph R. Biden Jr. was projected by many media networks to be the 46th President of the United States on Nov. 7, 2020.

This projection comes after Pennsylvania was called for Biden on that Saturday morning, bringing his electoral college votes above 270. Biden’s victory comes amidst a highly contested and scrutinized election, with an unprecedented voter turnout.

CNBC projects that “at least 159.8 million Americans voted in the 2020 presidential election.”

The 2020 general election saw the most votes ever cast in a United States election. For reference, the 2016 general election saw just over 136.6 million votes cast. A huge uptick in the number of mail-in, or absentee ballots is attributed to the increasing concern over the safety of voting in person during the COVID-19 pandemic.

The pandemic was not the only historic thing about this election. On Jan. 20, 2021, Kamala Harris will take her place beside Biden as the first woman and first person of color to be Vice President. The Vice President-Elect addressed the American people during the Biden campaign victory speech in Wilmington, Delaware on Nov. 6.

Harris spoke directly to the women of the United States and the world. Harris reflected on her path to the White House and the work that came before her for the progression of the Women’s Rights movement.

“I reflect on their struggle, their determination, and the strength of their vision – to see what can be, unburdened by what has been. And I stand on their shoulders. And what a testament it is to Joe’s character that he had the audacity to break one of the most substantial barriers that exists in our county and select a woman as his vice president,” said Harris according to the Washington Post.

President-Elect Biden followed Harris’ speech with his own. Biden focused his speech around the unification of all Americans and his optimism for the future.

Biden said, “I pledge to be a president who seeks not to divide, but to unify. Who doesn’t see red and blue states, but a United States. And who will work with all my heart to win the confidence of the whole people. For that is what America is about: the people,” according to the Los Angeles Times.

During the speech, President Trump was said to have made sixteen (16) baseless and false claims according to CNN. News sources such as MSNBC, ABC, CBS, CNBC, and NBC chose to cut away from the president’s speech. Trump claimed that he had won Wisconsin, Michigan, Pennsylvania, and Georgia. The races were either called for Biden or were still counting ballots. The president took to his personal Twitter account to voice his opinions about the election.

“I WON THIS ELECTION, BY A LOT!” was one of many statements made by President Trump on Twitter after the election had been called for Biden.

This statement and many others were flagged by Twitter’s fact-checker as being misleading or false. This is one of eight posts from Trump’s personal Twitter account that were flagged in three days after the race was called for Biden.

With a presidential election that will go down in history, Social Studies Department Chair Jason Janczak said, “We put the system under a lot of stress. Record turnout, the highest percentage [of the population] ever, the highest number of voters ever, and we did it during a pandemic. This tested our concept of democracy, and she did great. She’s doing fine. The process is working.”