How is the U.S. government and economy responding to COVID-19? 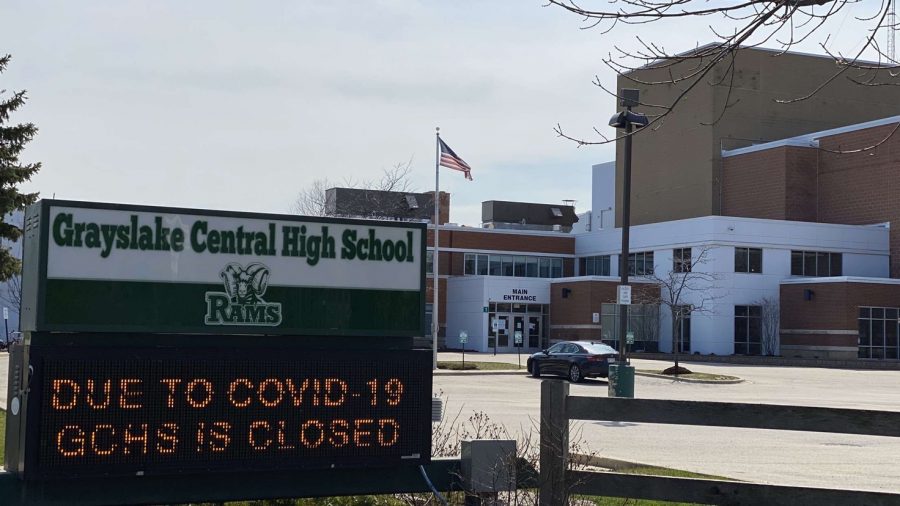 On March 31, D127 school district superintendent Dr. Mikkel Storaasli sent an email to the D127 community about extending the previously established school closures for Grayslake Central and North. The email states, “Governor J.B. Pritzker announced he would extend his statewide ‘stay-at-home’ order and his mandate closing all Illinois schools through the end of April.” Across the country, schools and gyms, as well as a number of businesses, have been shut down, and restaurants are only open for takeout. This leaves only essential businesses open, such as healthcare, grocery stores, and gas stations.

President Donald Trump declared a national emergency on March 13, and that he was planning to make $50 billion available to help manage the coronavirus pandemic, according to the New York Times. Trump additionally stated he would provide flexibility for healthcare workers as they respond to the virus and make it easier to treat those inaccessible to healthcare.

The total of COVID-19 cases and deaths has grown exponentially all around the country. As of April 8, there have been a total of 15,078 known cases and 462 deaths reported in Illinois, according to the Chicago Tribune.

The U.S. government has taken several actions to control and slow down the spread and help those affected by the virus, such as recommending not to have gatherings of 10 or more people. This caused many governors to issue ‘stay-at-home’ orders and encourage citizens to practice physical distancing by staying at least six feet away from each other. On April 3, from recent studies, the C.D.C. and Pritzker recommended people to wear cloth face coverings when in a public setting such as the grocery store or the pharmacy.

The C.D.C. also advised people not to take any nonessential travel; therefore, travel restrictions from several other countries have been placed, and as a result, fewer people are flying. With this and closures of businesses have taken a toll on people. It eventually could lead the country’s economy into a recession and according to economics teacher Jason Janczak, “The Unemployment Rate has jumped to 5.5% in the last jobs report and most are expecting that to get worse.”

Janczak explains the potential for a recession to occur due to the pandemic. “A recession is two consecutive quarters of GDP contraction (the GDP getting smaller), and right now we are not there yet.  While I think we will eventually be in one. How quickly businesses are allowed to open back up (how quickly we can flatten the curve) will determine its severity and length,” says Janczak.

Furthermore, the government has come up with ways on how to relieve people, employed or unemployed, from this economic issue. “First, the government is helping the consumers by giving many citizens $1200 each (and $500 for each dependent), which will help cover basic utilities and rent/mortgage for those who were laid off, and will help those who still have a job keep spending money, which in turns helps keep businesses open. The second thing [the government is] doing is helping businesses with small business loans and grants to cover payroll (so these businesses won’t lay off workers) as well as cash infusions to bigger businesses that have been hit hard by this outbreak,” says Janczak.

Until further notice, the state of Illinois is under a stay-at-home order until at least April 30, 2020.