Landau writes his way to state 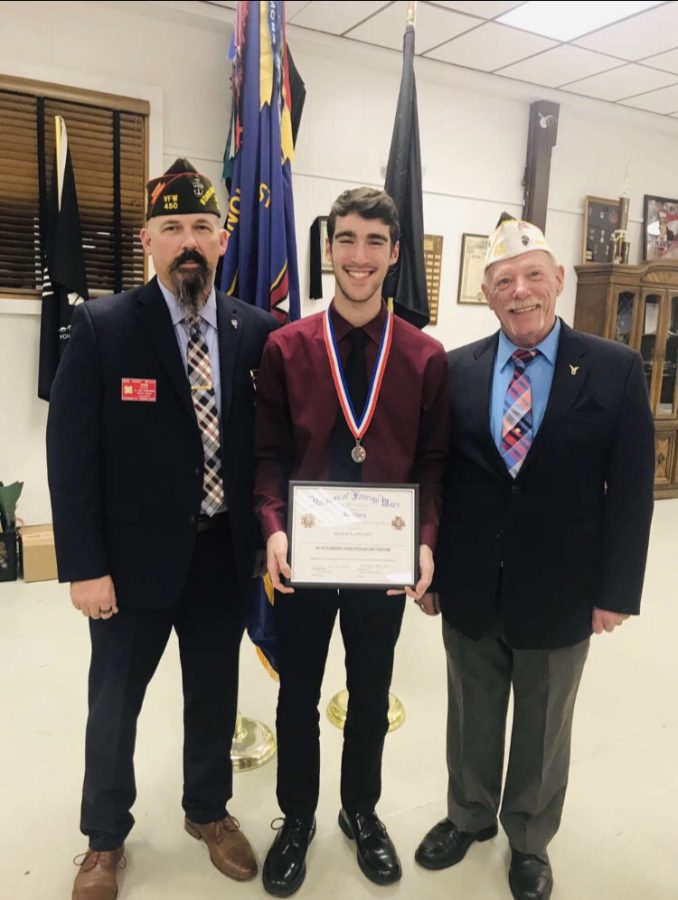 Noah Landau with members of the VFW photo provided by: Noah Landau

What makes America Great? This question is what many students had to answer in Michael Krecker’s AP U.S. history class.

Senior Noah Landau has the answer. Landau won first place in the yearly Veterans of Foreign Wars (VFW) essay contest sectionals. After winning sectionals, Noah will be moving to the state finals in Springfield, Illinois on Feb. 7 and 8.

Every year writers are given a new prompt. Landau credits a unique perspective of the prompt to his success.

“The essay’s prompt was ‘What makes America great?’ but it wasn’t related to Trump or his campaign in any way.” said Landau. “So, in the essay, I… flipped it on it’s head. I did not say what makes America great; [rather, I explained] what doesn’t. That kind of choice, with the enthusiasm I had for the topic, I think really sold it to the district.”

Krecker believes Noah’s love for history is what brought his essay to the next level. “I think Noah’s a very strong writer, and his writing is easy to follow. He understands how to convey a narrative that you can follow quite easily. In his essay, he mixes personal experience with his knowledge. Noah’s a very well-read student of history, and he’s very interested in a number of things. His essay showed that wealth of knowledge and experience.” said Krecker.