Illinois passes a law to legalize the recreational use of marijuana to enact at the beginning of 2020. 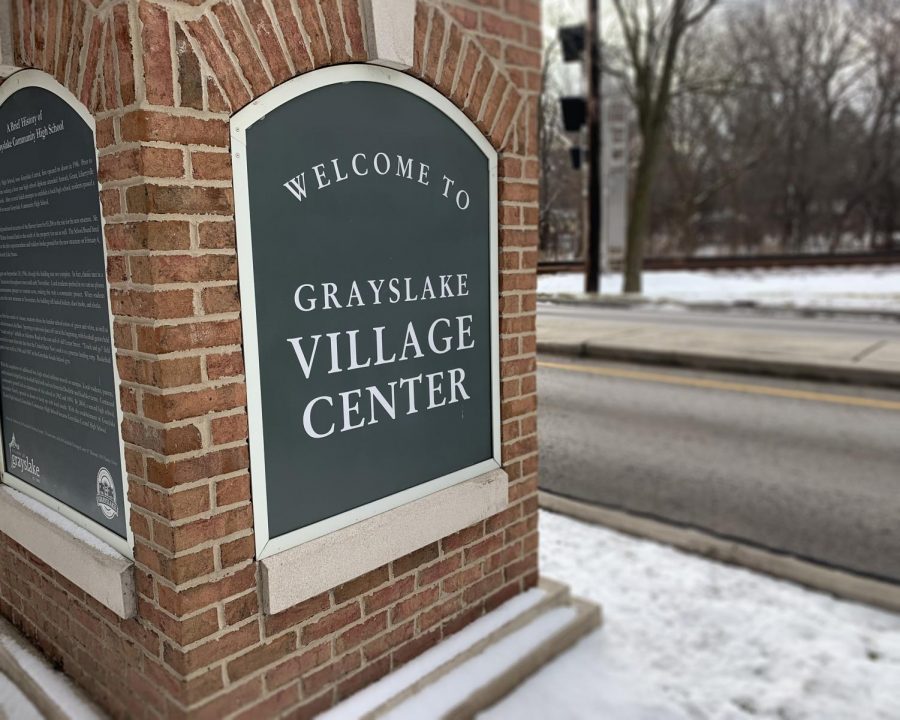 The Village of Grayslake is one of the towns to opt out of marijuana sales. Photo by Hayley Breines

On Jan. 1, 2020, the state of Illinois enacted a law legalizing the recreational use of marijuana. There are a few main points included in the new law which outline how the drug can be used: marijuana can be legally medically and recreationally used throughout the state of Illinois, the legal age for recreational consumption is 21, and medical marijuana can be administered at public high schools by the school nurse. Marijuana, for consumers over 21, cannot be used in public places, including school property. The Village of Grayslake, as well as many surrounding Chicago suburbs, opted out of the commercial selling of marijuana due to a multitude of factors.

“In this case, there really isn’t a precedent in Illinois, so what we did is we put a hold on it until the zoning board could have public hearings and we could study the issue more, so it’s

more fact gathering and data gathering rather…than an all out ban…as a town we really can’t ban the sale of it because it’s legal in the state. But what we can do is determine the appropriate zoning that we would have it in. Now, for practical purposes, it is effectively banned in the town because there’s no zone that allows it at this point in time,” Mayor of Grayslake Rhett Taylor said.

Although the use of marijuana is legal for people 21 and over, the Village Board of Grayslake determined that, until further data can be collected, the area where it can be sold is restricted until the issue can be addressed in the future. This decision, however, poses potential positive and negative impacts for the village as a whole. “The pros are it gives us maximum control and a chance to learn more about the most compatible uses with it. The con would be that you’re restricting yourself from having a potential new business come into your community, and any potential tax revenue that may come with that,” Taylor said.

According to Social Studies Department Chair and economics teacher Jason Janczak, the state law may cause economic effects to tax revenue to aid the state- wide debt, but could harm the healthcare system.

“There’s two sides to it: you look at the income from taxes. and has a massive debt right, so you’ve got the positive there. The negative side, a lot of times people don’t necessarily think about that…we’re collecting all these taxes, but what impact will it have on our healthcare system… you’re still impacting your lungs, things along those lines, and what impact will that have on our healthcare system which is already heavily overwhelmed,” Janczak said.

According to current issues teacher Jim Plaza, Chicago’s population was one of the main reasons why the law was passed. “I think that since Chicago is one of the biggest cities in the country, and it’s more of a liberal place, I think that’s one of the reasons why it was pushed through,” Plaza said.

Only 11 out of the 50 states within the United States have legalized marijuana, due to the societal stigmas that surround marijuana.

Legal for medical use

Prohibited for any use

“I think there’s people who still think that marijuana is dangerous, and it’s one of those things that’s had a history of being seen a certain way and it’s got that stigma attached to it…It still is dangerous, so they have to regulate it and make sure that it’s in the hands of people who theoretically are responsible enough to use it correctly,” Plaza mentioned.

“For a long time, people hear the word ‘drug’ and it’s automatically a negative thing, but especially once medical marijuana started becoming legal and people began to see the benefits of medical marijuana…[and] the government realized they could make money off of it too, so I think that’s a huge part of it. And then…once one person does it or one place does it, other places are more likely to do it too,” Plaza said.