In the United States, school shootings are becoming more and more common. It's time we did something about it 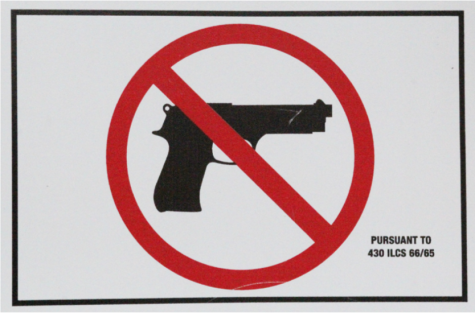 There’s no denying that in America, there is a serious problem. In 2018 and 2019, the number of annual school shootings skyrocketed, breaking records nationwide. Looking at the news, it appeared as if every day there was a new mass shooting making headlines. For the days that followed, the public would be in outrage. ‘Never again,’ they would say. Yet, here we are, two years and hundreds of deaths later, and school shootings are as prevalent as ever.

The American public is growing accustomed to firearm based violence. Every semester, public schools are required to practice what would happen in the instance of a hard lockdown. By now, this is par for the course for those of us that have attended public schools our entire lives. Schools implement new safety policies, such as mandatory IDs or clear backpacks, in an attempt to keep students safe. But the harsh, terrifying reality of the situation is that it can happen any time, anywhere, and no laws have been effective in stopping it.

In the past, news of a school or mass shooting would shake the nation. Now, with the country averaging one school shooting every two weeks in 2019, we have become immune to the devastation. Sadly, it’s become more normal to hear news of a shooting than to not. Most of these acts of terror are committed by someone who either still attends the school, or did at one point. Many of these shootings were also premeditated, carried out by students who had previously threatened their peers and discussed plans for the shootings, which had ultimately gone unreported–meaning that they could have been prevented.

In times like this, the argument whether or not to ban guns becomes divisive; instead of the aftermath of a shooting becoming a time for all of us to band together, war breaks out between those who do and do not own guns. It turns into a debate about firearms, neither side settling to compromise for the other, and it ultimately leads to nothing.

The responsibility to end this turns to us. We are the ones that can use our positions–as students and as the upcoming generation of young adults–we can turn our world away from the line that separates chaos and order that we so delicately walk along every day.

We’ve all heard the phrase “if you see something, say something.” However, a lot of students choose to ignore the signs of threats from a peer, and just think that somebody else will step up in their place. When living in a time where thousands of people die from gun violence every year, one conversation with a trusted adult can change-and even save-the lives of those involved.